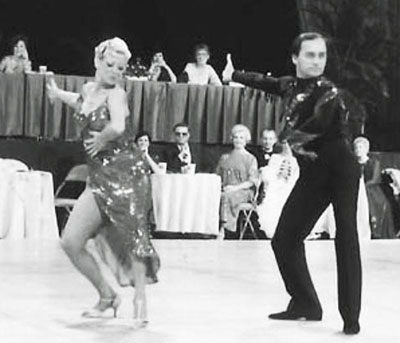 By now many of you have heard of HLT – the Hip Lift Technique, but you may not know that the method started developing over ten years ago!

So let’s take you back, on a stroll or rather a chasse down memory lane and learn a little bit about the history of the man and the events that led HLT- the Hip Lift Technique.

Sam Sodano, the creator of this method has been known as a pioneer for his entire career. His ‘baby’ the Ohio Star Ball was as important as the railroad was to the Industrial Revolution. Ohio Star Ball, united the country, bringing competitors from every region of the U.S and even Canada. When PBS choose Ohio Star Ball as the vehicle to film, “Championship Ballroom Dancing,” Sam’s competition took off like a comet. Each year Sam strove to make his competition, unique, ground-breaking and run like a well-oiled machine all the while keeping in mind that dancing should be first and foremost fun.

When Sam hung up his dancing shoes in 1973, he decided to become a judge and a coach. Today he is still one of the most sought after judges, adjudicating more than 50 competitions a year. But what keeps him going? “It’s the dancing,” he says. “It’s always the dancing.”

Flash black, forty years ago, Sam was reviewed by Alex Moore, in Dance News, as the “man who brought the mambo to the cha cha” upon becoming the first American to come in the final and winning the cha cha at the 1972 Rising Star Blackpool Championship.

And now, Sam is bringing American Style back to its roots with his Hip Lift Technique.

“I was frustrated with the direction of American Rhythm,” says Sam. “I wanted to walk in the ballroom and be able to see instantly what event was occurring. Rhythm has borrowed so much from International Latin, too much in my opinion. If we can’t tell the difference what’s the point of having two events?” 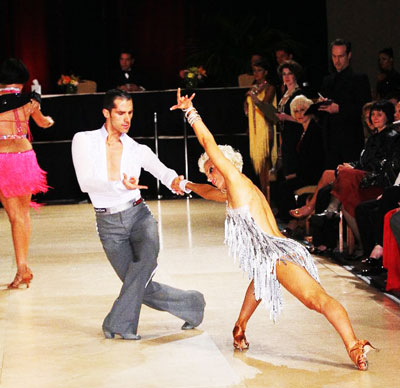 Sam’s observations along with one young couple’s persistent requests for coaching started the process to the HLT.

“In 2007, We asked Sammy, begged him,” says Bree Watson, “to please coach us.” “He told us to come back when we made it into the final,” says Decho Kraev, her partner.

Decho and Bree wanted to improve their standings, but felt confused as to what direction to take in their practices. “We were doing choreography but had no understanding for the underlying technique,” says Bree.

“Finally Sam agreed to coach us,” says Decho and the couple flew to Columbus once a month for a jam-packed weekend of lessons.

Sam started with the basics- grounding Decho and Bree with an understanding of how he thought they should move on each and every step, and more importantly what occurred between the steps. “Foundation is everything,” says Sam.

“Sam spent hours, - he rarely sat down,” explains Bree. “Examining his method from every angle.” Sam took 6 years to develop his Hip Lift Technique on Decho and Bree, from 2007 -2013, and their diligent discipline culminated in a three-year reign as American Rhythm champions for Decho and Bree.

From approximately 2008 and onwards, Bill Sparks witnessed the transformation of Decho and Bree’s dancing. As a former 2X U.S. Champion in International Latin he was more than intrigued. He began studying Sam’s methods, peppering Sam with questions, gaining new knowledge. “Sam’s method was inspirational for me,” says Bill. “He clarified my teaching by giving me a system and a logical technique that could be applied to all five Rhythm dances. There are a lot of couples transferring over from International Latin to American Rhythm who need detailed information on how to dance Rhythm. Otherwise they will fall back and rely on their Latin technique- which I’m not implying is bad technique but it doesn’t correctly express American rhythm. Sam’s Hip Lift Technique, which involves the Three Delays, the usage of the foot, knee and hip, was thoroughly analyzed before he put it on the floor. It’s so much more than using a soft knee.”

“It was Bill who saw the need for this information to be recorded,” says Sam. “Without his passion the HLT videos may have never happened.” 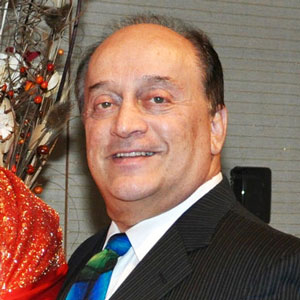 This past May, Sam was invited to lecture at the prestigious 2017 Blackpool Congress. This was an historical year for American Style and the perfect platform for the Hip Lift Technique to be introduced to a worldwide audience.

Sam has made ballroom dancing his life. His contributions have shaped the industry at every level. The HLT method is a culmination of knowledge over a lifetime, but he is far too modest to every admit his influence. “It’s all about giving back,” he says.

To make a difference in even one couple’s dancing, to empower them by imparting knowledge, that’s legacy, that’s contribution.